Watch this space and, if you’re signed-up for The Lit Wick newsletter, your email for more info coming soon!

And keep your eyes open at craft shows/art fairs and this website as well as The Lit Wick Facebook page: www.facebook.com/thelitwick. 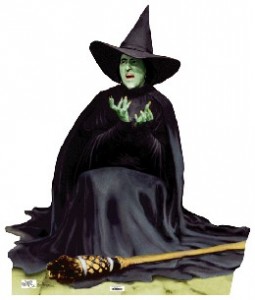 Well, it's the end of August... already and finally. Already because we all know that time seems to be flying by faster every day; "finally" because I don't do well in hot and humid. You've seen The Wizard of Oz, right? Well, when it's warm and humid, I begin to resemble the Wicked Witch in her final moments. It's not pretty.

Today I have a great surprise for you! My friend, Alex Kidwell, is a very talented writer and had just published a new book called "Gumption & Gumshoes". I've asked Alex to be a guest blogger and tell you about the new book! And for your convenience, I've put a link to the book on Amazon at the bottom of the blog. 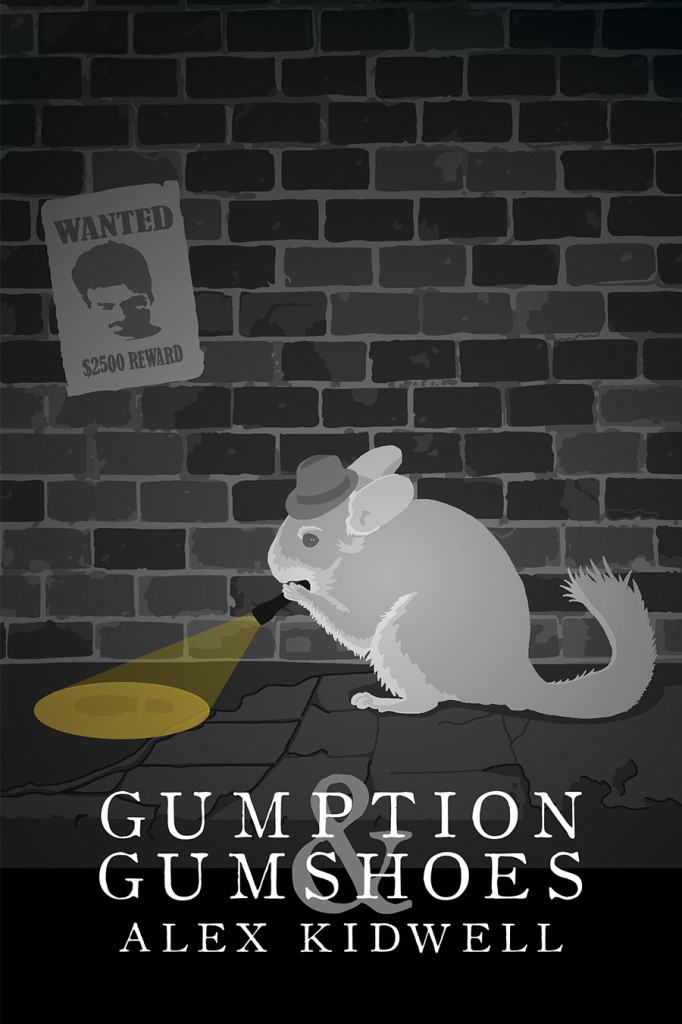 I'm so happy to be here today to talk about my latest novel, Gumption & Gumshoes. In it, I take a side trip from my usual fare to explore a light-hearted nod to both film noir and the shifter genre. Both are archetypes I have a great deal of respect for, but I've never gotten a

Gumption&GumshoesFS chance to really explore either. When I got the prompt of a chinchilla shifter from a friend, I realized that I would have a wonderful vehicle to do so.

In Gumption & Gumshoes, we meet August Mendez, an overweight, under-motivated member of the Chincha clan. He's stuck in a dead end job, obsessed with old detective movies, and oh yeah, he can shift into a chinchilla.

When August gets the chance to become a private investigator, he rents office space from Sam Ewing, who is older, divorced, and bitter about it. The partnership is as unlikely as it is fun and I got a great deal of enjoyment from writing it.

It was a chance for me to write a non-typical hero. August is awkward, nerdy, and yes, fat. He'd be the first to tell you so. There are no rippling abs for him, and he has body issues that nearly prevent him from following through on his crush to Sam.

And Sam, who is much older than August, has his own set of issues. His marriage didn't work out and it left him wary of anything even approaching a relationship. But the mutual attraction, and a little bit of detective work, conspire to get those two crazy kids together.

My favorite love stories are the ones when two people seem to click, despite the work they put into the actual relationship part. Because let's face it – fairy tale love is the kind where you just know, even when you realize that there's a dragon to slay first.

In this excerpt from G&G, the reader sees for the first time Sam and August interacting.

Most days, Sam found, it wasn't worth getting out of bed. Just flat-out was not worth the time or bother. And really, what was so great about the outside world? People were dicks, by and large, and dealing with them only put him in an increasingly foul temper.

All of this held doubly true on rent day.

Rent day was like a holiday designed by a masochist. Owning a building had sounded like a great idea before he'd actually, well, owned the damn building. Before, it'd just been a job where he would be his own boss, set his own rules, where he could insulate himself from the dickbags of the world. Do some repairs when they were called for, change light bulbs, paint once a year—the whole thing had been perfect. But that was before he'd known about rent day.

Sam slammed his fist on the door, barking out three quick beats. "Mrs. Pritchett, it's Sam Ewing. It's the sixth, Mrs. Pritchett, I'm sorry, but I need to collect the rent. Lights don't go on by themselves, you know?" Yeah, this was exactly what he wanted his life to be. Harassing little old ladies for the rent to their offices. At least it wasn't apartments. If he had to throw someone out of their home he was pretty sure he'd just give up completely.

Mrs. Pritchett owned a little hair-and-nail salon on the first floor. It was good for business, nice storefront, drove foot traffic. People liked to rent in a building that had all that shit. Four floors, seventeen tenants, and him living in the walk-out basement he'd converted. It wasn't a bad gig, really. Except for today. Today he had to be up at seven to try to catch people before they opened for business, knock on doors, and be the bad guy.

He wasn't the fucking bad guy. He was just the guy who wanted to get paid.

Sighing, he fished out one of the Rent Due notices from his pocket and stuck it to the door. Someone was bound to see it when they came to open up, and if he didn't hear from Mrs. Pritchett by noon he'd have to come back. Silently, Sam begged her to call. He hated coming back in front of customers; it was just... awkward.

Next stop was the fourth floor. Room 403 was the smallest office space he had; he almost hadn't bothered renting it at all. It was barely big enough for a desk, some bookshelves, and a coffee maker. But every so often a fledgling business liked to get a cheap storefront to start, and it wasn't hard to keep up with the maintenance on it. So Sam rented it for a song, made the lease six months instead of twelve, and kept it pretty well occupied. He hadn't had much cause to come up there, really, rent day or no.

At least, not until five months ago.

Five months ago he'd gone against his gut and signed a lease with some chubby, wide-eyed kid in a damn fedora. Something told him that he'd be trouble, but Sam was a sucker for brown eyes, and he'd been cute, in a roly-poly kind of way. Aw, hell, in any way, though Sam was trying real hard to not think about it. At first, it'd been fine. Rent had been paid on time, guy had been quiet, no worries. For the first month.

"Mr. Mendez, it's Sam Ewing." Sam frowned at the door, repressing the urge to sigh heavily. He could hear the squeak of a chair, the distinct noise of someone stumbling, a muffled curse. "Mr. Mendez, it's the sixth."

There was another curse and a heavy crash. The brass sign on the door proclaiming August Mendez, Private Detective reflected Sam's face back to him, the eye roll of disbelief echoed there. Finally, though, cautious footsteps approached the door and August opened it, peering through. Sam was struck again by how attractive the guy was, dusky skin and dark, wavy hair framing a round face that seemed to broadcast every emotion. Not that he was there to flirt. Not that Sam flirted anymore.

He was interrupted by, "I told you, you can call me August. Or Auggie, whichever. You probably wouldn't be the Auggie type, though, you know? Not that there's a type. Or that that's a bad thing! Just, you're all stern and you'd probably look weird calling me by the nickname I got as a baby when you're just, you know." August trailed off, smile faltering, a miserable expression taking its place.

"Not a baby?" Sam suggested, expression still firm even as the corners of his lips twitched slightly.

"Exactly." August nodded before he seemed to hear what Sam had said. Horrified, he quickly amended, "No! I mean yes, you are definitely a man. An old man. Not that you're old!" Letting out an explosive breath, August sagged against the doorframe in surrender. "I'll have the cash for you this afternoon?"

"Thank you, August." Sam turned, hiding his smile and heading toward the elevator. Well, that had been slightly better than expected.

Thank you so much for allowing me to stop by and share about Gumption & Gumshoes today! If you have any questions or comments, I'd be more than happy to talk more!

The cart is empty